What makes a great CFO? 5 take-aways from The CFO Podcast
Join thousands of others on the Soldo mailing list
Thank you!
Business Finance automation may have many compelling benefits. But the mere mention of the word puts many employees’ backs up and derails any efforts to introduce it before they’ve even started.

In a 2022 survey, 55% of CFOs said their businesses used no or very little automation. And when they were asked why, staff reluctance was at the top of the list.

So why are staff unwilling to embrace automation? And what steps can you take to overcome it?

The robots are coming!

You won’t be surprised to hear that the single biggest reason people are unwilling to embrace automation is fear. 65% of employees worry technology will make them redundant, despite research showing that it actually creates more, better quality jobs.

More to the point, while manual processes are often messy, time-consuming, and frustrating, ditching them in favour of untested technologies can feel like a huge leap in the dark. As a result, people can start looking for reasons not to do it.

According to Accenture, the most common objections to finance automation include the amount of time, effort, and resources required to implement it, the learning curve involved, and doubt about whether it’s even the right time to make changes. What if the technology becomes outdated before you can start reaping the rewards?

But negative past experiences also play a role.

As Gousto’s Jim Buckle observed in an episode of The CFO Playbook, sales pitches from technology companies promising to ‘transform your finance function’ are a dime a dozen.

It’s all too easy to get hooked in by a product that’s a poor fit. And when you sink countless hours and thousands of pounds into a technology, only to discover it doesn’t do what it says on the tin, chances are you’ll be reluctant to risk it again.

If fear of the unknown makes people wary of automation to begin with, the practicalities of implementation can make it even less appealing.

While a reputable vendor will be on hand to assist with the technicalities and help train staff, any technology rollout is ultimately a team effort. One in which your staff will have to do their bit in addition to their already busy workload.

Digital transformation consultancy Changefirst observe that, when you’re ‘buoyed with the excitement of delivering… new technology… it is often easy to overlook the impact [on] your employees [and] overestimate the level of commitment required.’

But securing that commitment is crucial. As Enable CFO Nick Rose notes:

“To make technology stick, you need to bring people with you.”

To put it more bluntly, why would anyone spend several months putting in 12-hour days when they believe that, at best, the end result won’t make much difference to them and, at worst, could take away their job?

Working through resistance: how to help people see past their objections to automation

Clearly, if you want investment in automation to bear fruit, you need to, as Nick Rose puts it:

“Win the hearts and minds of the people the change is being done for.”

This stands to reason.

If everyone who will be involved in the rollout — decision-makers and end users — is convinced change will be for the better, they’ll be keener to see the project succeed. And the more invested they are, the more likely they’ll be to put in the effort needed to see the implementation through.

But how do you get everybody on-side?

Any guide on managing digital change worth the internet bandwidth it’s using will tell you that your first order of business should be to set clear, measurable goals.

This, of course, is sound advice.

But one thing that’s often overlooked is that different teams will inevitably want different things out of automation. While senior management’s goal might be to cut administrative costs, for instance, your finance team may want to eliminate data entry, or reduce reconciliation time.

It’s critical that these goals are aligned, because this will set the tone for the rest of the project. For this reason, you should get staff involved in the process as soon as possible, hear them out, and use what they tell you to build consensus.

What do they struggle with most on a day-to-day basis? Why? And what kind of automation would help most?

Taking the time to understand your staff’s needs and ensuring your goals reflect  them, as well as the business’ aspirations, will make the transition to automation much smoother.

Getting staff involved early in the process also has another important benefit: it makes them feel they have a voice.

Many people expect the worst when they hear the word ‘automation’. By giving them space to air their concerns — whether it’s fear they’ll be out of a job, worries about the implementation timescale, or something else — you’ll have an opportunity to address misconceptions and explain exactly how the new technology will be an improvement. DataStax CFO Don Dixon says that:

“People want visibility. I don’t try to hide what’s going on. I try to give them as much visibility as I can. That way, they think they’re a significant part of every decision… which I’d like them to be.”

If you’ve ever tried cutting back on screen time, swapping sugary snacks for healthier alternatives, or exercising more, you know how hard it can be to make lifestyle changes stick.

Humans are creatures of habit. And once we’re used to munching biscuits in front of the TV, or aimlessly scrolling through our social media feeds in bed, the behaviour becomes second nature.

In organisations, change is all the more challenging because people have often been doing things the same way for many years — or, in some cases, decades.

With this in mind, it’s important not to automate too much at once.

Digital transformation experts recommend starting off with processes that require relatively little effort to automate but where automation will have a high impact: employee expenses, for instance, or petty cash.

This has several benefits.

“[Optimising the basics] for automation has meant that, actually, we’ve operated with a relatively small team and allowed more people to be business partners, which has been hugely valuable.”

Second, it gives your staff time to get to grips with the new way of doing things — and iron out any issues — while the stakes are still relatively low.

Thirdly, and most importantly, it enables you to show, instead of just tell. Once your staff see automation in action and understand its benefits for themselves, they’ll likely be much more receptive to it.

“It’s been a big breakthrough for us… [and] has led to greater things, with the finance team now more open to trying out new technology.”

If you choose the right software, take things slow, and provide proper training, the vast majority of your staff should eventually adjust to the new way of doing things.

That said, there will be those who will take to it more quickly than others. And these team members are instrumental to the success of the project and can help you pave the way for more ambitious changes down the line.

Power users can provide you with invaluable feedback about what’s working well and what needs improvement.

More importantly, they can support those who are having a harder time adapting and become evangelists who’ll persuade others across the business to embrace automation.

Once these team members are convinced automation is indeed for the better (and won’t make their jobs go the way of the dodo), their enthusiasm will surely spread. 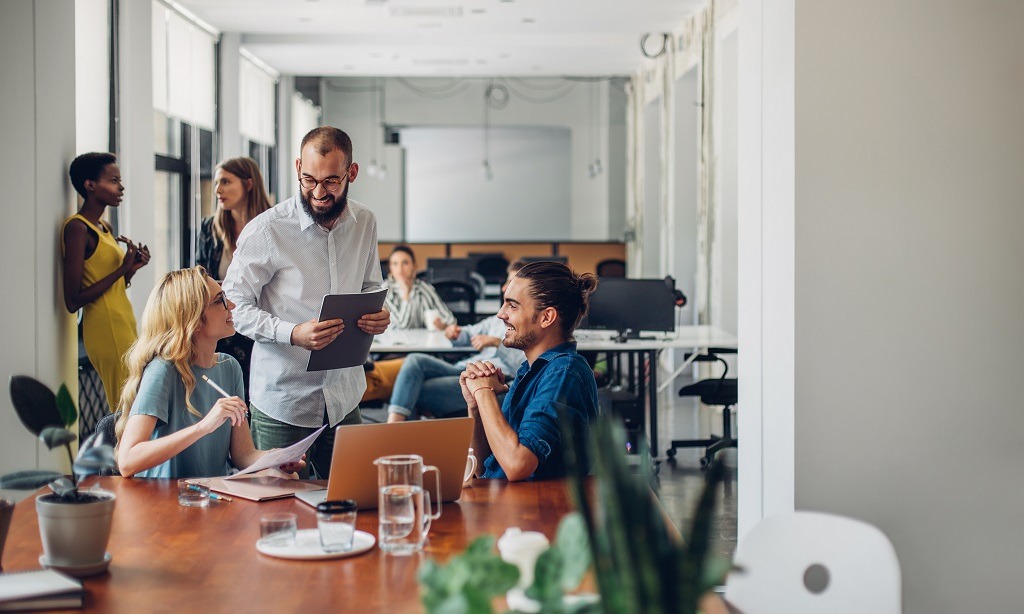